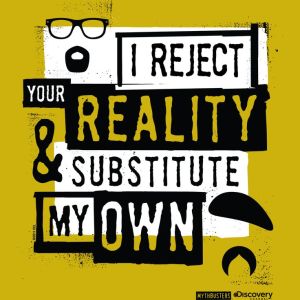 I recently went to see Black Panther with some friends, and if you haven’t gone yet, you need to reevaluate your priorities because it’s fantastic. *ahem* Anyway… as we were leaving the theater, one friend noted that during the very emotional scenes between T’Challa and his father T’Chaka on the Ancestral Plane, they noticed that T’Chaka had an old (but still very obvious) facial injury.** Since the characters were interacting in a spiritual realm, my friend wondered why this injury was still present since spirits don’t have physical bodies and therefore wouldn’t have those imperfections. Almost immediately, I commented that a person probably couldn’t spend years as King of Wakanda and as the Black Panther without suffering some kind of accumulated spiritual damage, which then manifested on the Ancestral Plane. My friends just kind of stared at me and said that I had “the strongest headcanon of anyone they’d met.”

You see, while that explanation for T’Chaka’s appearance in the Ancestral Plane seemed perfectly reasonable to me, there was nothing in the movie itself to suggest that was the case. My internal headcanon had pulled from all my fictional sources and compiled them into an explanation. Actually, I’d come up with two possible explanations on the spot, one being the accumulated damage from a life of service and suffering. The other was that it was simply T’Challa’s perception of the spirit, giving it a familiar face. Kind of like how Anakin Skywalker’s Force-ghost appeared at the end of Return of the Jedi as a forty-something man rather than as his twenty-year-old self, who would have been completely unfamiliar to Luke. (No, I do not accept the insertion of Hayden Christensen into the remastered editions of Star Wars. There’s some headcanon for you!) Both of these plausible explanations occurred to me within seconds of my friend’s question, and I hadn’t even noticed until they pointed it out.

Headcanon is officially defined in Wiktionary as: “Elements and interpretations of a fictional universe accepted by an individual fan, but not necessarily found within or supported by the official canon.” In other words, we make stuff up. For me personally (ha, ha) headcanon is a combination of internal fan fiction, speculation, and excuses linked together to make an inherently flawed creation more stable. There are very few stories in any medium that don’t have holes somewhere in their narrative. Good stories have only a few tiny holes that get overlooked unless you’re going through it with a fine-toothed comb. Some are more numerous or much larger and may be exacerbated or smoothed over depending on how well the rest of the story worked and how much you liked it. Some are just so horrendously unmistakable that there is no way they can be ignored. (Being a fanfic writer only makes things worse; I’m always looking for ways to wiggle my own stories and characters into preexisting fictional timelines.)

I don’t think there’s anything inherently wrong with headcanon. We read motivations into the actions, words, or expressions of characters, just as we do with real people. We speculate as to their true motives, we fill in the gaps of time between events, and we extrapolate on the beginnings and endings of stories. We even draw from sources outside the work itself. My explanations for T’Chaka’s appearance was informed by other fictional encounters with spirits, ghosts, and karma. Headcanon is often fun and useful, but it’s also very powerful and can lead to a lot of anger when things don’t work out the way you expected or wanted them too (i.e. the fan backlash over elements of The Last Jedi.) Sometimes those frustrated expectations lead to something better than you imagined, while other times you just want to strangle the writer.

However, while indulging headcanon is fine with fiction, this is also a cautionary tale. It showcases the power of the human mind to deceive itself. To read into things. To make assumptions or construct excuses. To flat out make shit up and believe it with complete conviction. It’s why memory and eye witness testimony are so unreliable. Why legends, superstitions, and religions persist. And why people cling to views or ideas that seem unreasonable or outdated to others, regardless of what reality has to say. Humans are hardwired to seek patterns and craft narratives, whether they exist or not. It’s fun to play in the clouds of fandom, but don’t lose sight of reality when you do.

**In reality, John Kani, who plays T’Chaka, does have an old facial injury and a glass left eye due to violent encounters with the apartheid in South Africa. Our discussion regarding those injuries was solely about the character being portrayed, not the actor.