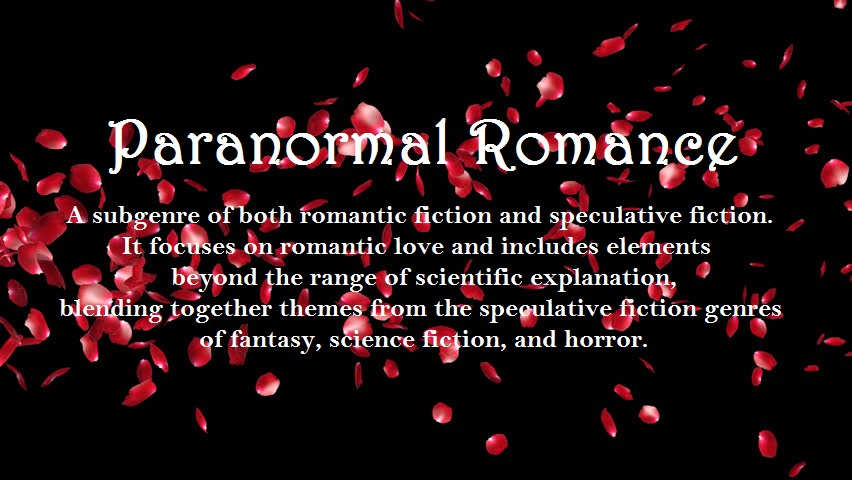 I like fantasy. I like paranormal stories. I like the Regency subset of romances. But when a romance is placed in a paranormal or fantastical setting with characters who are not human, or only part human, it tends to fall apart. Not all the time, of course, but often enough to irritate me. Too often the fantasy element becomes a short-handed excuse to get to the sex. Magical explanations cut through a lot of the natural uncertainty, trials, and discomfort that comes with forming and navigating a relationship. It’s an easy out. True love, impossibly orgasmic sex, lack of self control… magic is used to exacerbate romantic myths, justify a lot of shady behavior, and to mask unhealthy relationships.

Let me be clear: I am not against having magical or paranormal elements in romances. I’m also not opposed to having romance or sex in fantasy stories. There are all kinds of interesting combinations one can create. I’m also aware that these are indeed fantasies; they are not going to reflect real life. Most don’t even come close. Escapism is nice, and erotica has its place on the bookshelves. The problem arises when magic is used to disguise lazy writing and to perpetuate harmful myths.

A huge part of the paranormal romance is the idea of the soul mate. In this myth, each person has one perfect mate, the half that makes them complete, the “someone just for me,” as Chi from Chobits would say. And when those people meet they have a perfect love that transcends space and time. However, this love apparently is kept at a fever pitch throughout the couple’s lives, which is something neither sustainable nor realistic. People have issues they must work through, problems they have to face, and as they change over time, so too does their love adapt and change, hopefully for the better. There is no perfect match because no one is perfect. And pretending otherwise can make people pass up on acceptable but imperfect potential spouses or give up on relationships at the first sign of trouble because “they must not be the one.” This is an issue that spans many genres, but in the subset of paranormal romances it’s usually backed up with magic or prophecy, which often forces characters together or apart in an unnatural fashion.

Myth 2: The Beast Within:

Since many paranormal romances feature partners who are werewolves, vampires, dragons, fae, angels, demons, or half-breeds of any of those species, the interactions between the leads can be… different. Unfortunately, instead of exploring cultural differences that could create different kinds of tensions and obstacles between the main characters, the focus is almost entirely on the sex drive. The full- or half-blooded nonhumans are almost always presented as being far stronger, more beautiful, more violent, and more horny than any normal human. This leads not only to anatomically unusual or unrealistically orgasmic sex scenes, but these also tend to be more violent. Self-control goes out the window as primal urges are unleashed and then excused. If the popularity of Fifty Shades of Grey is any indication, there are a lot of people fascinated or turned on by rough sex. But BDSM-style sex in books, especially paranormal romances, usually bears little resemblance to real life, and people could get seriously injured if they don’t know what they are doing. Plus, many of the relationships in such books aren’t very healthy to begin with, involving lots of stalking, power struggles, and abuse which gets masked as romance. There’s a difference between consensual rough sex and outright abuse, and the lines can become a little too blurred for anyone’s safety.

The Teen/Young Adult section of the library seems to feature only three narratives these days: fantasy/paranormal Magic Kingdom romance, dystopian gladiatorial games sprinkled with romance, or real-life school dramas heavily involving romance. I exaggerate, perhaps, but not by much. I understand why romance is such a universal theme in YA books because the main audience’s hormones are fluctuating and their sex drives with it. I don’t have a problem with that per se, but many of the fantasy/paranormal romances share similar problems that adult ones do with soul mates and violent or unhealthy relationships. In addition, there is the omnipresent love triangle where the heroine (because it is almost always a heroine in these stories) must choose between two handsome boys who usually fall into these two categories: the dark, broody bad boy or the laughing, protective best friend. Again, nothing really wrong with these tropes and they can be told well, but they turn up so predictably that it’s hard to get invested. The fact that the girl must always make a romantic choice is ludicrous and boils a person’s happiness down to picking “the right boyfriend.” That offers no reality or depth, something that needs to be in place in a romance regardless of the setting or targeted demographic.

This is more erotically explicit than my usual choice of romance novels, but the first seven books of the Merry Gentry series by Laurell K. Hamilton offer one of the very few paranormal romances where the magical tropes make sense. (I gave up on Hamilton’s Anita Blake series a long time ago.) Are they good books? No. The novels are not written or paced well enough for me to call them “good” from an objective point of view. They’re basically fairy smut. But to their credit, they make no pretense of being anything else and still do a pretty good job of establishing the interesting, often alien society of the fae. The main character, Meredith Gentry, is only part human, so we have enough to relate to her, but her nonhuman ancestry can still allow for some pretty weird, unbelievable stuff to happen. The copious amounts of sex makes sense (more or less) because of a power struggle for the throne of the Unseelie Court. Merry is in line for the throne, but the only way she can get it is by getting pregnant. (The fae don’t have many children and fertility is a prerequisite for a ruler.) Merry doesn’t really want to rule, but if she wants to survive, she has to win; her cousin Cel will kill her if he manages to sire a child first. Of course there are a lot of gorgeous men because it’s a reverse-harem fantasy, but the politics make sense, the characters were portrayed well enough to keep me invested emotionally, and most of the crazy magical stuff that happens makes sense within the context of their world and cultures. Yes, it is another excuse for the erotic elements. Yes, it still features a lot of “the beast within” trope. But they are far better justified in the Gentry books than in many other romances novels, paranormal or not.

What do you think? Are there any paranormal romances you think “get it right”? Tropes or traditions you would rather see go by the wayside? I hope you’ll share your thoughts in the comments.