In light of recent developments in the comic, gamer, and cosplay worlds, I plan to do a series of entries about “fake fans” and how established fandoms treat newcomers, women, and minorities.  This first entry is the Comics Edition, wherein I focus on the comic book community. 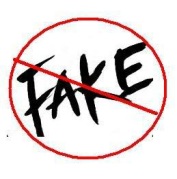 How do you decide if someone is unworthy to be part of your fandom?  How do you label someone a poser, a noob, or a fake?  Whom do you invite into a fandom and why?  Whom do you reject and why?  What are the criteria to go from noob to knowledge-master?  How does someone graduate from being a “fake geek girl/boy” or “fake fan” into a “true fan”?  Is such a thing even possible?

I’ve been reading a lot of articles lately about how unfriendly the nerd culture can be to newcomers, or even to established members if they start commenting on flaws with the status quo… especially if those members are women.  (Yes, #GamerGate, I’m looking at you.)  It seems like there are two prevailing extremes:  either the fans are portrayed as the most friendly, knowledgeable, welcoming group around, or they are seen as the most close-minded, antagonistic, sexist group alive.

So far, I’ve been fortunate to escape the fake geek label, but a lot of people, especially women, haven’t been so lucky.  And I have yet to learn of a standard for judging someone’s relative geekiness.  Is it the number of comics you read?  The variety?  The age?  The popularity?  Do you have to be super-obsessed with one particular facet of comics or do you have to have the entire history of Marvel and DC, or every plot contrivance of Batman on the tip of your tongue to qualify as a true fan?

To me, this is arbitrary and stupid.  For example, there are plenty of reasons why people show up to Free Comic Book Day.  Presumably, the main reason is to get a comic.  Isn’t that, like, the point of the exercise?  So why is it that, after or during Free Comic Book Day, I hear people grumbling about the “fakes” and “noobs” who come to the stores to find a comic or who dress up in popular character costumes?  Not only is this attitude cruel or off-putting for newcomers, but it’s also disingenuous.

Everyone starts out as a noob.  Even the most diehard fan of comics at one time had no idea what they were.  Some of us get interested in comics at a young age and comics have been a staple of our entire lives.  Some fall out of love with comics and later return to the fandom.  Others don’t discover or appreciate them until they are older.

I didn’t get into comics until my early 20s after watching Joss Whedon’s The Avengers movie.  As a child, I didn’t understand comics; they didn’t appeal to me.  Now I can appreciate them and enjoy them in a way I couldn’t before because I’ve grown and gained experience and appreciation for them as an art-form, a story-telling medium, and our cultural heritage.  I know more about comics now than the average library patron in my area, but I know less about comics than the average comic book shop keeper.  And while I like comics and hope to continue expanding my knowledge of them, I’m not obsessed with them.  I like them enough that I consider myself a “fan” and supporter of comics, but some would say that isn’t enough since I don’t want to “catch ’em all.”

So, before you start sneering at someone who comes into a comic book shop on Free Comic Book Day and doesn’t seem to know their way around, or who says they got into comics after seeing movies in the Marvel cinematic universe, keep a few things in mind:

We all make snap judgments of others.  It’s a survival mechanism fine-tuned from thousands of years of evolution, and we can’t simply turn it off.  But we can become more aware of those snap judgments and remember to treat people as unique human beings who should be respected as individuals.  You have no idea of this person’s relationship with comics, what they are or aren’t interested in, or what they are looking for.  And frankly, it’s none of your business what other people like, how they got interested in the fandom, or if they measure up to your standards of dedication.

2)  Not All Comics Are Good

There are a lot of older comics that I can appreciate as historical artifacts, but they don’t appeal to me in terms of character or story.  It feels too flat, simplistic or contrived.  Or I might just not like the art style.  By the same token, there are a lot of modern comics that I don’t care for because the art styles don’t have enough variety.  Or I don’t like how women are portrayed, visually or narratively.  Or I find the stories just too damn grim, filled with unnecessary death or  gratuitous violence and sex.  I like comics, but I don’t think comics are good solely based on them being comics.  And just because someone doesn’t like the same kinds of comics or stories that you do does not make them any less of a fan.

3) Comics Can Be A Huge Investment

Being a fan of comics can require a lot of time, money, and space.  Actually reading a comic might not take that long, but finding the one you like or need to start with could take a while.  The amount of research required to find a missing issue or locate the starting point of a story arc can be exhausting, and some people aren’t willing to put in that time; we have other things to do.  Also, comics have become expensive.  My dad’s comics used to be 10 cents per issue.  Now, the same 32 pages costs $3.99-$5.99 at a store.  Because of that, I prefer to read omnibus editions of comics so I can get the whole story in one fell swoop rather than in the small, flimsy pieces presented by traditional formatting.  I don’t have the money or interest for a regular comic book subscription, and many times I only read a comic book once, so I’d rather rent a copy from the library rather than buying it.  But even limiting myself to purchasing omnibuses means I need a place to put the comics, and after a while, those can take up a lot of space.  An entire bookcase at my house is dedicated to comics and it’s overflowing.  Someone can be a fan of comics, but be unable or unwilling to dedicate the time, money, and space arbitrary required to be acknowledged as a “true fan.”

4)  Comics Can Be Intimidating

Comics are often intimidating to newcomers because there is just so much history.  Someone like me enjoys starting at the beginning of a story or with the origins of a character.  But the multiple printings, reruns, permutations, incarnations, continuity errors, alternate timelines, and incessant resurrections of comics and superheroes make such a task is all but impossible.  For example, Alan Scott, the first Green Lantern, had powers based on magic while Hal Jordan and subsequent Green Lanterns have the more familiar mythos of basing theirs on Will with more of a science fiction background.  (Remember when Green Lantern’s power didn’t work on anything yellow?)  That’s not the most convoluted superhero transformation either.  With all of this history (which newcomers are often aware exists, even if they don’t know the details), walking into a comic book store can be very intimidating.  Because odds are that some of the people there are looking down on us as noobs or fakes simply because we don’t know everything.  If I got sneered at or looked down on as “just another fake geek girl” by the staff or other customers, I’d be less inclined to come back or even ask anyone about where to find a comic, even if the next store had friendly staff.  If I don’t feel welcomed, why would I remain?

If newcomers aren’t welcomed into the community,

how will comics survive?

We have a unique opportunity with newcomers.  We can shape and mold their introduction and formative experiences with comics.  We can try to show them things that they might like, but also things that we like that we want to see more of.  Spread the fandom by gentle and encouraging introductions rather than closing ranks and scorning newcomers as posers or fakes.  Open up dialog with female and minority fans to enrichen comics.  The more people we can get interested in and excited about comics, the more viable comics become.  That means more people will go into writing, drawing, publishing, importing, and critiquing comics.  More material for everyone!  It can be a creative cycle of growth… or a den of stubborn grade-school children who refuse to share with (or even acknowledge) the new kids.

I don’t want to see fandom become “revenge of the nerds.”  We’re better than that.  And all of this bad press certainly isn’t helping bring new people into the fandom.  I want the comic book community to embrace newcomers, embrace women, embrace anyone and everyone who wants to and does read comics, regardless of how many or what era or how much background we know.  I’d like to read more stories like Brett Booth’s discussion of diversity in comics, which illustrates how we’re trying to be more inclusive.  Obviously not everyone will feel that way.  There will always be haters and trolls who try to ruin things for everybody.  But let’s not make their job easier.

Examples of the bad press:

“Your Princess Is In Another Castle: Misogyny, Entitlement, and Nerds” @ The Daily Beast

“The Rape of Ms. Marvel” by Carol A. Strickland

“For Women On The Internet, It Doesn’t Get Better” @ The Daily Dot

4 thoughts on “Are You A Fake Fan? (Comics Edition)”