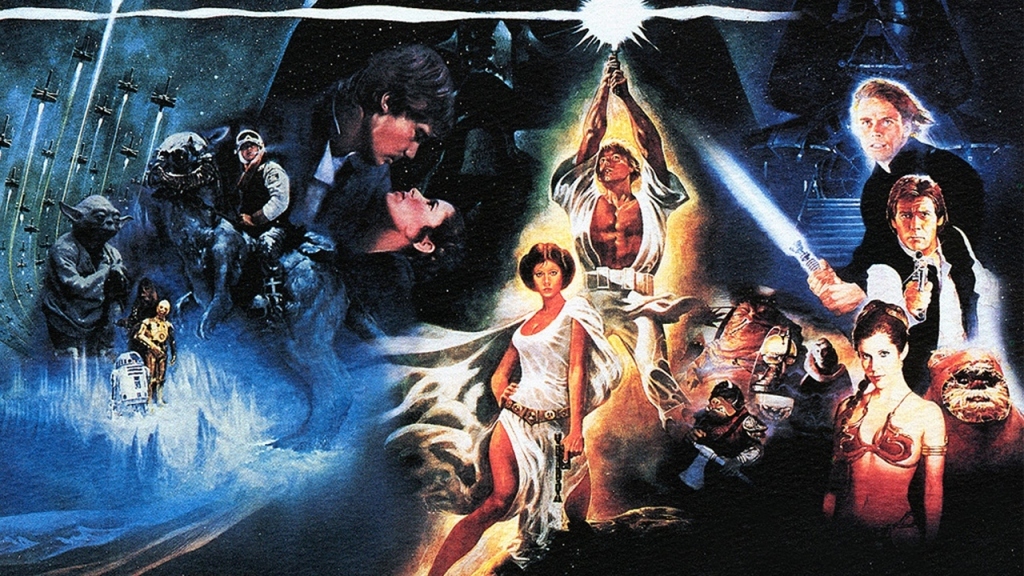 I’m sure many folks are tired of seeing Star Wars-related posts, videos, pictures, sales, and general internet celebrations by now… but I don’t think I’ve ever shared my own formative experience with these films.  I’m not old enough to have seen the Original Trilogy in theaters (Episodes IV, V, and VI), but I was one of the young people who went to see the Prequel Trilogy on the big screen (Episodes I, II, and III).  Children growing up after the release of the Prequel Trilogy will never experience a time, like I did, when there were only three Star Wars films.

I don’t remember exactly how old I was when I first watched Star Wars.  Probably seven or eight years old at a guess, maybe even six.  I don’t remember my very first viewing or my initial reaction to them.  I don’t recall ever hearing or seeing anything about Star Wars before this point.  (I was shy, home-schooled, and far more interested in My Little Pony and Grand Champions than with space ships.)  One of the earliest memories I do have is of holding the VHS tape of The Empire Strikes Back, entranced by the cover.  I’m not sure if this took place before I actually watched the movies or after; I was fond of sneaking peeks at films and books that were outside my age range.  (I used to slink over to the Adult Fiction section of the library like a little wanna-be ninja.  It felt so… illicit; I always expected to be caught and booted back to the children’s area by a librarian.)  In any case, I must have liked A New Hope, The Empire Strikes Back, and Return of the Jedi, because I watched them again.