A few weeks ago, I listened to an episode of The Thinking Atheist podcast hosted by Seth Andrews with Dr. Chrissy Stroop called “I Left Because…” It was a call-in show where people shared their stories about why and how they left organized religion to become atheists. Some were dramatic, but the majority were comprised of gradually drifting away as they learned more about about the religion itself and the world around them. My own deconversion was likewise a gradual process as I realized how little sense religious doctrine made. I went from being Christian (specifically Lutheran Protestant) to Deism (the clockmaker god), flirted briefly with Wicca and paganism, stayed agnostic for a while, and finally embraced the label of atheist and humanist (in part to help destigmatize the word “atheist” and to help show that you can be “good without god.”)

However, when I was telling this to a friend, I told them that I stopped being Wiccan because it was so anti-climactic compared to the fantasy novels I was used to reading. My friend expressed surprise that fantasy actually helped me leave religion rather than encouraging me to stay, since magical thinking is required to accept a lot of religious tenants. I hadn’t actually thought about this and decided to examine this idea further.

END_OF_DOCUMENT_TOKEN_TO_BE_REPLACED 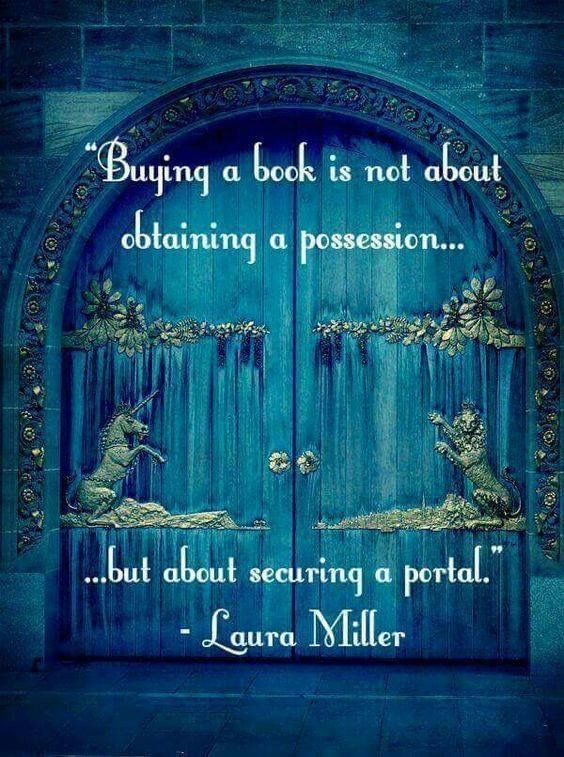 I’ve always felt this way about books.
It’s why I tend to read fantasy, science fiction, and anything else that takes me away from “Here” and “Now.”
I read a lot and I read quickly, but my retention of what I read is pretty low.
Mostly I remember that I did or did not like it.

But the point is not to remember everything in detail.

The point is to read it at all.

To experience those other lives.
To visit other worlds.
To explore other thoughts and ways and cultures.
To participate in a kind of intellectual imperialism.
To plant a flag, as it were, so that door is marked as mine.
To claim those pages as my own.

To secure the portals.

“I do not play this instrument so well as I should wish to, but I have always supposed that to be my own fault because I would not take the trouble of practicing.”

— Elizabeth Bennett, from Pride and Prejudice by Jane Austen

Math is a language. It’s often referred to as the “universal language,” and many science fiction stories use math as the primary means of communication between humans and an alien intelligence. Stephen Spielberg’s film Close Encounters of the Third Kind uses music as the mathematical medium of communication. The number “3” plays an important role in the novel Rendezvous with Rama by Arthur C. Clarke and the film Mission to Mars. The right angles of geometry cause grand-mal seizures in the brilliant novel Blindsight, a story of first contact by Peter Watts. While sapient beings may have developed different linguistic concepts, counting and other mathematical concepts remain more or less the same. (At least with humans on Earth. Turns out the entire idea of using math to communicate with aliens is actually far more complicated.)

Characters who are good at math are usually stereotyped as cold, analytical thinking machines with poor social skills, hyperfocus towards their given subject of interest, and a lack of empathy or connection with fellow human beings. Sometimes this is played for laughs like in the TV show The Big Bang Theory. Sometimes it is played for sympathy, with the implication that they live lonely, unfulfilled lives because of their obsession with numbers and logic. Or it is portrayed as sinister. Math is used by evil geniuses to create weapons of destruction like Lex Luthor, or creates sentient killer robots who consider emotion an abomination like Skynet and its Terminators. Usually these math-centric characters are male; if a woman gets into the role, she is portrayed as unfeeling and unfeminine who needs to be softened by the sweet madness of romantic love. It’s rare to see a character who likes or who is good at math presented as a real, normal, functional human being.
END_OF_DOCUMENT_TOKEN_TO_BE_REPLACED

In the Character Module of DIY MFA 101, Gabriela postulates that, even if there are many characters of great importance, there is actually only one protagonist in a story. Of course there are exceptions, but this tends to be the rule. My first inclination was to reject this statement. After all, almost every one of my stories has a pair of central main characters: Ryn and Scion for Ravens and Roses; Samuel and Amaris for Seahawks and Storms; Nathaniel and Shakti for Courting the Moon; Asa and Tal for Faylinn; and Melyin and Ciar (see-are) for Rinamathair.
END_OF_DOCUMENT_TOKEN_TO_BE_REPLACED

Maybe all this pollen in the air has addled my brain, but it seems like May 2018 has been the month for me to engage in some crazy writer shenanigans. Three, to be exact:

END_OF_DOCUMENT_TOKEN_TO_BE_REPLACED

.
Freedom is a word that has been bandied about to a point where it’s become almost meaningless.  It’s used in political rhetoric, as a banner to shield bigotry, and, ironically, as justification to take freedom away.  Using a word too often, too freely, too ambiguously, drains it of significance.  The concept of “freedom” is already so vast and amorphous that it’s difficult to define, even at the best of times.  Words like “love” and “change” and terror” are tossed around like common ingredients in a salad rather than as carefully chosen seasoning.  Some definitions restrict “freedom” to a carefully regulated nanny state while on the opposite side it becomes a free-for-all of Darwinian anarchy.

Freedom is both very broad and highly personal, so I’m not going to attempt to define it when far wiser and more experienced minds have written whole volumes discussing its nature.  But I think we need to keep that in mind and be very specific when we talk about freedom because it means so many things to myriad people in disparate circumstances.  I do think that the majority of people agree than an important component of freedom is the ability to strive and improve one’s lot or one’s self uninhibited by artificial societal or cultural constructs.  That doesn’t mean it will be easy or that one will succeed, but we should all at least get the chance to try.  We should each be able to establish our own independence.  So as this Fourth of July comes to a close, I recommend going to YouTube and watching the TEDxConejo talk with Erin Gruwell, founder of the Freedom Writers Foundation.  The best place to start planting freedom’s seeds is within the garden of one’s mind.